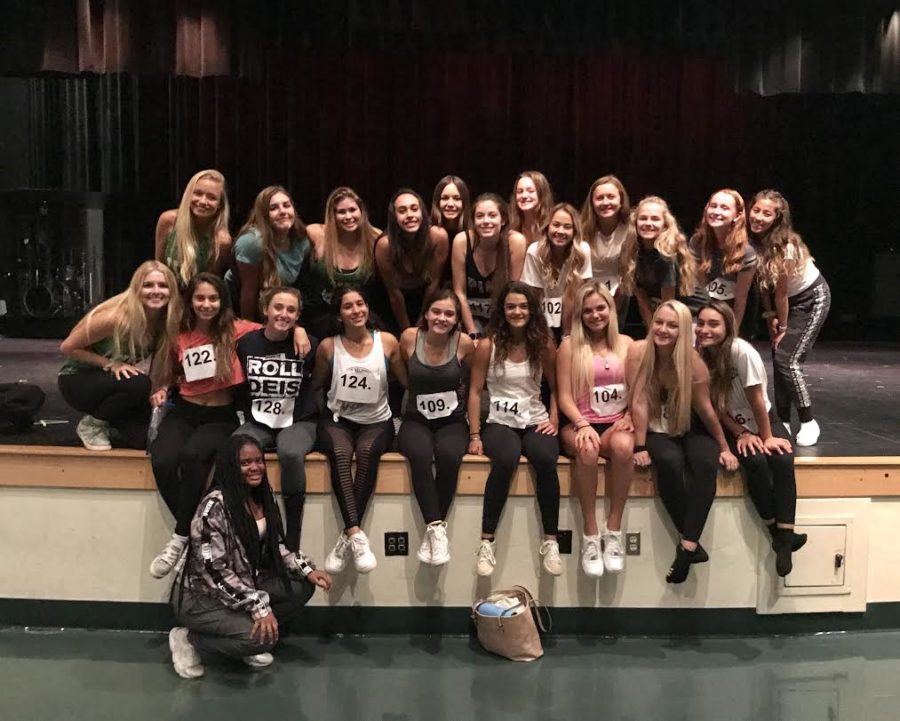 Auditions were predominantly attended by girls ranging from all grade levels, and among them was one boy: sophomore Anthony Alvarez.

“I feel like it’s good to get some representation for each different type of person on the team,” Alvarez said.

Even though many students trying out dance upward of 10 hours a week, with some dancing as many as 20, everyone auditioning was nervous.

“The first day it was hard. The hip-hop routine was hard and really fast. I was kind of frustrated in the beginning, but then I went home and I practiced it, and it was a lot better,” junior Pilar Shear said. “The second day was okay, it wasn’t that hard of a dance. I think I have that one down. And today is nerve-wracking.”

The final day of tryouts took two hours, and that was when students were truly tested as they were required to perform both dances twice in front of a panel of judges made up of JHS teachers with dance experience. At the end of the day, 22 girls were invited to join the team, and of these girls, 12 were returning members.

The girls on the team consider each other family and said their relationships with one another are what make the team strong. They said they are looking forward to a year of improving as dancers and of building long-lasting friendships.

“I’m hoping we’ll go to competition. I have high hopes. We have a lot of students that have potential with dance,” senior Kayleigh Sternberg, one of the team captains, said.