Walmart cuts back on sales of guns and ammunition 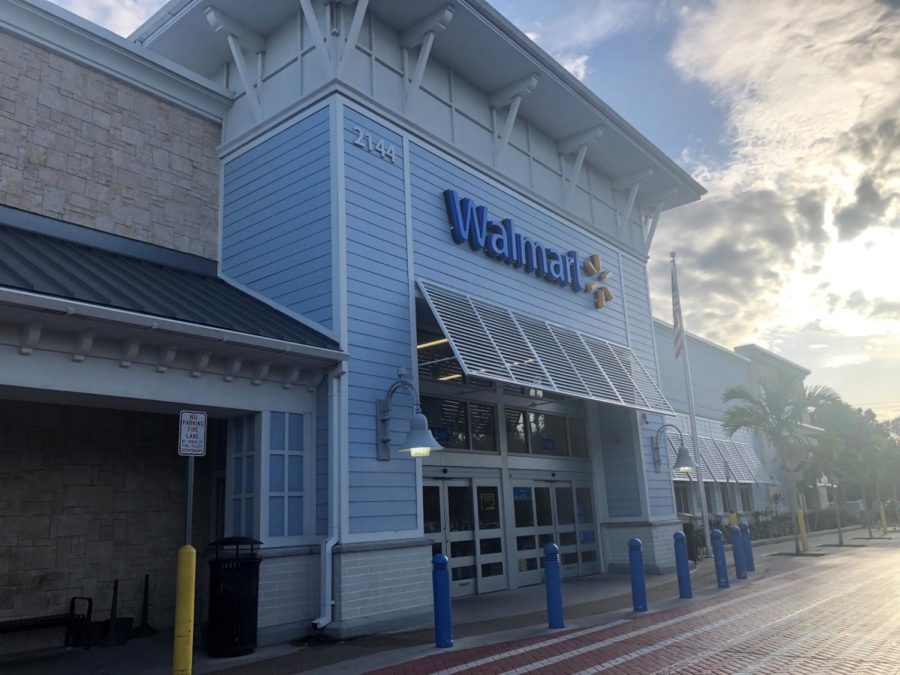 Walmart has recently cut back on the sales of guns and ammunition and has asked shoppers to refrain from carrying guns within its stores.

After multiple mass shootings across the country, including the Parkland, Fla. school shooting that killed 17, companies have started to implement bans on the sales of assault weapons and ammunition.

Within hours of a fatal Walmart shooting in Southaven, Miss. on July 30, where two employees died, the company released a statement saying customers were not allowed to carry weapons in their stores. Other retail outlets, like Kroger, also asked customers to refrain from carrying firearms openly in its stores.

“I think that any movement, any big corporations movement towards monitoring guns and supporting gun control, is a positive movement in our climate,” Lillian Gilbert, an Advanced Placement Language and Composition teacher, said.

Walmart Supercenter in Jupiter is implementing procedures to reduce the sale of guns and ammunition, and many in the community are behind the bans.

“I know they don’t sell certain guns anymore, which I’m totally behind, as well as totally behind making it harder to purchase guns,” Jupiter High Assistant Principal Joe Lang said.

In addition to Walmart, local schools have put in place procedures to secure their campuses following the Parkland shooting.

“We are lucky to have two armed officers…I think that every school should have at least one depending on the size of the school, but I am 100% against teachers carrying guns,” Lang said.

Students and faculty at Jupiter High have increased protocol with code red drills, having one announced lockdown and nine unannounced. The high school has also placed more focus on mental health and has hired school counselors to address the needs of students.

“I do think we have to have a discussion about mental health, that we have to talk about it and that it’s something that can’t just be the teachers and administrators talking about mental health. The children have to get involved, the parents have to get involved, and that’s going to create a safer community…if we’re not just brushing it under the rug or hiding from you know, tough conversations,” Gilbert said.

With the addition of safety drills, police officers and mental health counselors, students across the county are forced to consider how safe they feel in school.

“Yes, for the most part, I do feel there could be better security by like maybe adding metal detectors or clear backpacks. Although I can understand why people wouldn’t want to do that,” senior Carley McCammon said.