The rise of anti-Semitism in American high schools 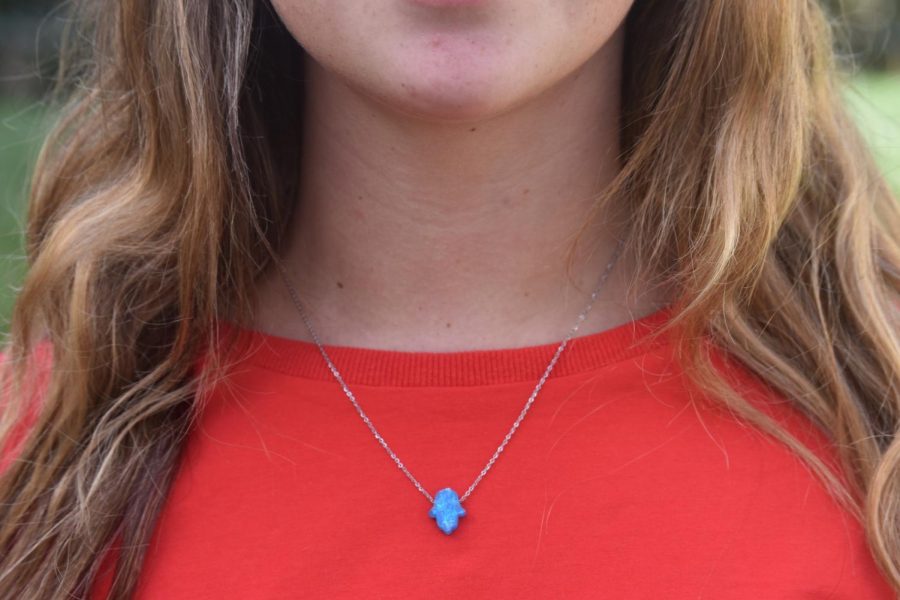 Boarding the bus on her way home from school, then freshman Brielle Cohen walked through the narrow aisle and took her seat just to be faced with drawings of Swastikas and other anti-Semitic doodlings. Sitting in classes, Cohen has been told things like“Jews shouldn’t be here today because they all should have been gassed,” and “If  money was dropped in the street Jews would go out to get it and get hit by a car.”

“I was really offended, but not surprised because I hear it a lot,” Cohen said.

These instances of anti-Semitism are not only happening at Jupiter High School, but in high schools across the country. The FBI’s most recent hate crime statistics said 53.7% of all religiously motivated incidents were against Jews, the highest against any religion.

Some students attribute the Trump administration’s comfort with using hateful language for the rise of anti-Semitic rhetoric.

“The stigma around the current president about white supremacy and the enabling of ignorance, it allows teens to bully and explore anti-Semitism because they know it’s such a popular topic,”  said Grace Hirshfeld, a north Florida high school junior. “People know what will get the attention, so they use it.”

“There has been a rise of anti-Semitism with people drawing swastikas in the snow or drawing it in on their Snapchat stories,” Levenson said. “A few years ago a couple of kids even started an Instagram account where they bullied their friends and peers who were Jewish just because of their religion.”

One instance of high school anti-Semitism even drew national attention. At a party in Newport Beach, Calif., students who attended Newport Harbor High School arranged red Solo cups into the shape of a swastika and took pictures around the cups doing the Nazi Salute.

Jacob Barber, 18, a recent Newport Harbor High School graduate said while he did not attend the party, he participated in many conversations at the school following the incident.

“The main thing I took away from talking about this at my high school was just a lack of understanding and just dumb ignorance,” Barber said. “World War II and the events of the Holocaust happened so long ago, so it’s not as real for a lot of these kids.”

This ignorance was seen one day at Palm Beach Central High School when junior Talia Fitter lifted her notebook to find four classmates had carved a swastika into her desk.

“The people at my table told me that they were going to tell me my deepest desire, and all I had to do was lift up my notebook. Then they said, ‘okay Talia, your deepest desire it to be a… Nazi,’” Fitter said.

Not all anti-Semitism occurs in the context of the Holocaust. Often, it takes place when talking about Judaism in the classroom.

Danna Banks attends the all-girl Garrison Forest High School in the left-leaning Owings Mills, Maryland. According to the New York Times’ election map, in the 2016 presidential election 69% of the precinct Banks’ school is in voted for Hillary Clinton.

“In class people will say how Jews create all of the problems in the world and Judaism is a fake religion and shouldn’t be around,” Banks said.

Many high school students who have experienced anti-Semitism said they believe their classmates do it because they are uneducated about the Holocaust and Jewish culture.

“I feel like since I’m in high school now, people are becoming more insensitive and saying jokes because they feel no one cares,” said 17-year-old Virginia high school student Blake Sisler. “Once one person says something, everyone else feels like they can joke too.”

This ignorance about why drawing swastikas is wrong is what makes anti-Semitism in high schools unique from college or the “real world.” Rayna Exelbierd, a long-time anti-Semitism activist, has worked with both college and high school students in helping them combat anti-Semitism

“A lot of times, when it comes to anti-Semitism in high schools, the teenagers have never had a Holocaust education or a history on Israel or the Jewish people, and many times they think that they are being funny or that they don’t think that what there doing is hateful,” Exelbierd said. “In college, I would say the students are a lot more confident in what they know of what they believe and they pay more attention to these things.”

These “jokes” typically made in high schools are what inspired 40 Amity High School students to walk into a Board of Education meeting and recount incidents of anti-Semitism after they felt their school’s administration had not taken their concerns seriously.

“It gave people the courage to talk about anti-Semitic behavior in their schools and take a stand for it,” Amity High School senior Yahn Egalinovsky said. “What we wanted to come out of this whole thing was to turn it into a thing where we would kind of come together. We wanted to spread awareness of all the anti-Semitic behavior and all the bad things that are happening and to drive it out, not with hate, but with love.”

The day after 70 parents, students and community members went to the Board of Education meeting, Amity High School’s administration began to try and educate the students who made anti-Semitic comments and vandalized school property.

“The Anti-Defamation League came in and started speaking to the students, and we had group meetings with them, and that definitely helped,” said 16-year-old Amity High School student Saunder Saffran.

Not every school’s administration tackled anti-Semitism as seriously as Amity High School. Banks said her school, Garrison Forest School, was one of many that did not prioritize stopping anti-Semitism. She said when spoke with her administration about the anti-Semitism she faced, they did not do anything but listen to her.

“Their response is that everyone has the right to own their opinion, even if it is in agreement with Hitler,” Banks said.

The principal from Garrison Forest School was not available for comment.

Even though Banks said her principal is not doing anything to combat anti-Semitism in her school, Wellington High School student, Martin Blanca, said the best way to stop anti-Semitism is not to discipline students who perform anti-Semitic acts, but instead to educate all students about the Holocaust through a mandatory Holocaust education class.

The importance of Holocaust education classes is increasing because only 14% of Holocaust survivors are still alive today, and soon there will be none, the Jewish Claims Conference said.

“We’re at a time where lots of people will start to doubt the Holocaust even existed, so it’s important that everyone learns to make sure it never happens again,” Blanca said.

Andy Friedland, an associate director of the Anti-Defamation League’s Connecticut  regional office, runs a program called “echoes and reflections.” This program trains teachers in how to handle anti-Semitism and educate students about the Holocaust.

“I have been in classrooms where teachers have used that training to teach kids about the Holocaust, and I’ve seen these kids have really moving and personal and emotional connection to the work,” Friedland said. “That makes me feel like these kids really get it, and it was this kind of education and these kinds of classes that really helped them understand the magnitude and seriousness and the importance of this historical event.”

After Amity High School brought in the Anti-Defamation League to educate their students about the Holocaust and how to combat hate speech, the school’s atmosphere changed for the better, Egalinovsky said.

“There are people in Facebook groups talking about how there are things happening at their school and how because of us, they have been more comfortable to speak out about it,” Egalinovsky said. “People finally came together and just solved the issue.”