Dear Delilah: Who am I? 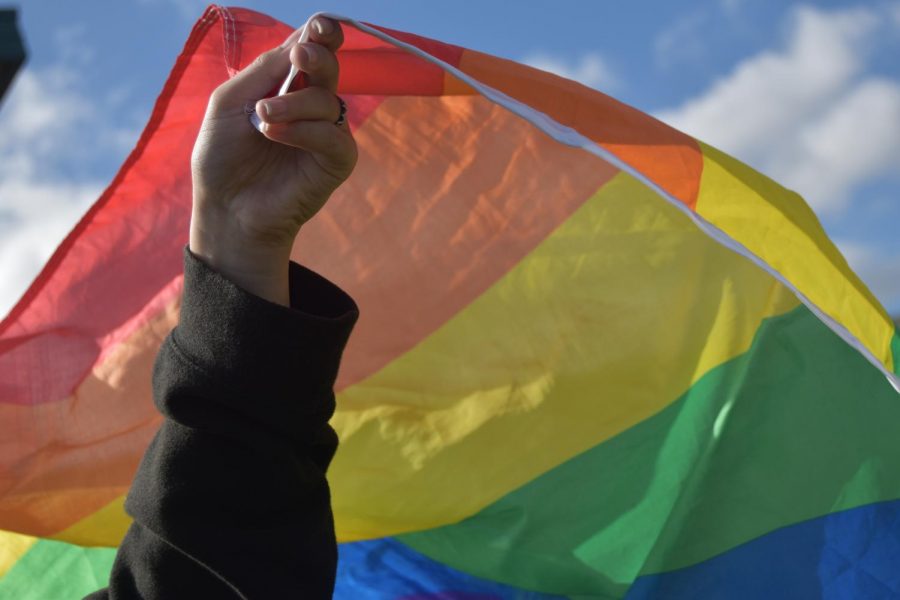 Recently I’ve been doubting my sexuality. I don’t know what or who I am. I just know I’m not straight. I don’t know how to figure it out or come out. What do I do?

I totally understand how you feel. Coming out can be difficult and stressful. Keep in mind your sexuality doesn’t define you, and if you don’t want to, you don’t even need to label it. If you feel like you have to, I’ll help you break down the most common sexualities and genders.A few terms you should know to understand sexuality are cisgender, nonbianary and gender fluid. Cisgender is a person who is born as the sex they identify with. Nonbianary refers to a person who does not identify as either male or female or anything in between. People who are nonbianary typically use they and their as their pronouns. Gender fluid refers to a person who identifies as both male and female. Their pronouns are typically he, she, his and hers. Pronouns vary from person to person, so asking is always appreciated.

Since I don’t know if the person asking this is male, female, nonbinary or gender fluid, I’ll address gay too. Gay is typically used to define a cisgender male who is sexually attracted to other men. Gay can also be used as an umbrella term, describing everyone in the community. To keep things simple, we’ll use the more specific term.

A lesbian is typically defined as a cisgendered female who is sexually attracted to only other females. Not all lesbians are cisgender, though. For instance, Gigi Gorgeous is a transgender lesbian woman. A lesbian isn’t defined by her gender expression, meaning just because you dress like a guy typically would, you aren’t necessarily a lesbian.

Here’s where things get a little complicated. Bisexual can be broken down into several more sexualities, including pansexual and omnisexual. Bisexual has several definitions, most commonly any gendered person who is attracted to both males and females- whether those males and females are cisgender or transgender. Bisexual can also go on include nonbinary and gender fluid people, depending on who you ask.

Before I begin, let me state that pansexual and omnisexual are different. Pansexual is defined as someone who is not limited in their sexual prefrences by gender, sexuality, gender identity or biological sex. Many pansexual people identify as bi+. Omni is often compared to bi and pan but does have some distinctions. Oxford Dictionary defines pansexual as “not limited in sexual choice with regard to biological sex, gender, or gender identity and omnisexual as involving, related to, or characterized by a diverse sexual propensity.” Pansexual and omnisexual differentiate in the way they view gender. Pansexual is typically reffered to as “gender blind,” while omnisexuals do recognize gender. Both communities sport the phrase, “Hearts not Parts.”

Technically transgender isn’t a sexuality. It’s more of a gender identity, but I felt the need to address it because of the acronym being LGBTQIA+. It will also give you insight as to what sexuality you best identify with (if any at all).A transgender person is a person who is born one sex but identifies or expresses themselves as another. For example a person who is born male but feels they are female is known as a transwoman.Not all trans people have gender reassignment surgery. The ones that do are known as transexual. Many transexual people have to choose between their fertility and their transition, which often discourages them from fully transitioning.

Queer is a reclaimed word that is used to describe any member of the LGBTQIA+ community. Originally, queer was used as a slur to degrade people who weren’t straight.Today, queer can be used as an umbrella term or used to describe someone who is questioning as well.

Asexual’s definition is one of the most varying definitions amongst the community. Asexual people don’t experience sexual attraction. Instead, asexual people experience other types of attraction such as emotional, aesthetic, platonic, sensual/physical or romantic. Some asexuals do actually have sex. Asexual is not the same as cellibacy or abstintence. Asexuality is not a gender identity either. No one can decide if you are asexual or not and absolutely no one should pressure into doing something you’re uncomfortable with.

Once you decide what you identify with (remember you don’t have to pick anything at all), now it’s time for the hard part. Coming out is a deeply emotional and nerve wracking experience. Coming out isn’t even something you have to do, but doing so can relieve some of the stress you might be feeling.If you feel you have to, the first person you tell should be someone you deeply trust. Be honest and straightforward with them; beating around the bush can only add more stress. I told my best friend because I knew I’d have her support, no matter what.

Coming out to family is the most difficult part. Although many people are fully supporting, there are others who aren’t. Older generations tend to be the least accepting. The easiest way to tell them is to be straightforward and be ready and willing to explain what your identity means. Having an understanding is the easiest way to become accepting. If you feel coming out will cause you physical harm you should seek help and possibly avoid coming out. There’s an LGBTQIA+ center located in Lake Worth and a Women’s Shelter located in West Palm Beach.

Bullying is another common fear of coming out. Most people will be accepting. The ones who aren’t can say and do nasty things. Try ignoring them as much as you can. If things become physical, tell a teacher or administrator immediately.I know it’s scary and stressful; these things are. Keep your head up and stay positive. You are who you are, and no one can make you change that.