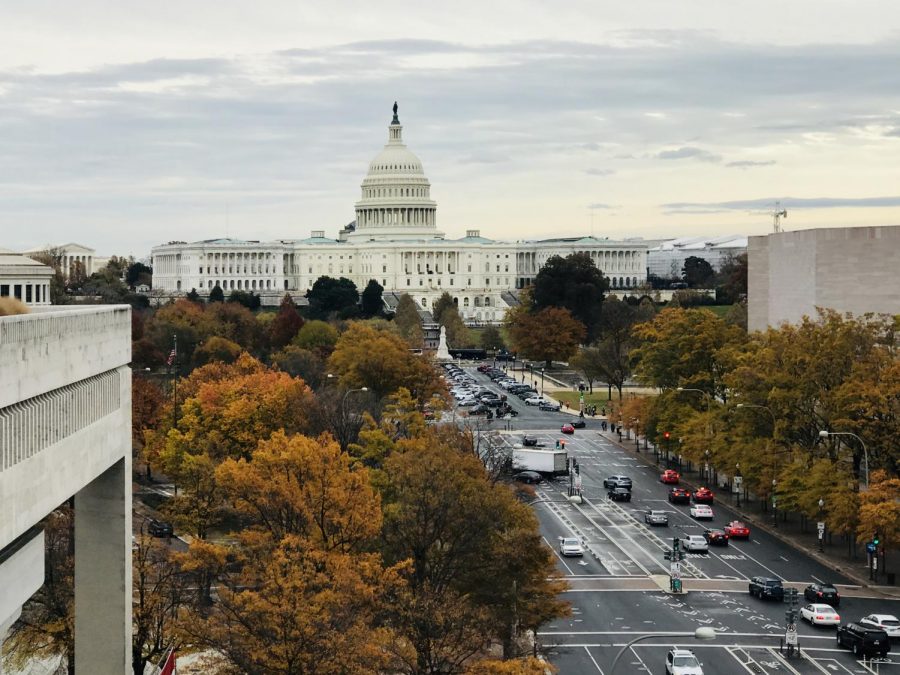 A picture of the Capitol Building Washington D.C.

The 2020 Democratic nomination for President is already underway and candidates are trying to stand out in a large crowd. There have been 27 democratic candidates throughout this election cycle. The Democratic ticket has now narrowed down to Joe Biden and Bernie Sanders.

Former Senator and Vice President, Biden’s focus is on strengthening the middle-class and reassessing the U.S. foreign policy. He is considered to be the most moderate candidate currently in the race. Of all the candidates, he has the most support among black voters. Both Amy Klobuchar and Pete Buttigieg recently endorsed him after ending their own respective presidential campaigns.

Sanders is regarded as the more radical democrat in the race. His platform focuses on providing both healthcare and college to all. If elected, he would be the first Jewish president. Last election, he fought Hillary Clinton for the democratic nomination and ultimately lost. Sanders was an avid activist and socalist. He was the mayor of Burlington, Vermont in the 80s,  has been a member of Congress since 1991 and is currently an independent senator for Vermont.

The incumbent nominee, New Yorker and billionaire has certainly been a divisive character for Americans to stand behind. With his loud personality and ability to connect with working class, Americans voted for him to win the 2016 Presidential race. Now, the Billionaire is looking to secure another term. His new campaign builds upon his previous policy with an emphasis on “America first.” His policy as a whole includes a wall on the southern border, changing trade practices, helping small businesses and improving the economy as a whole.