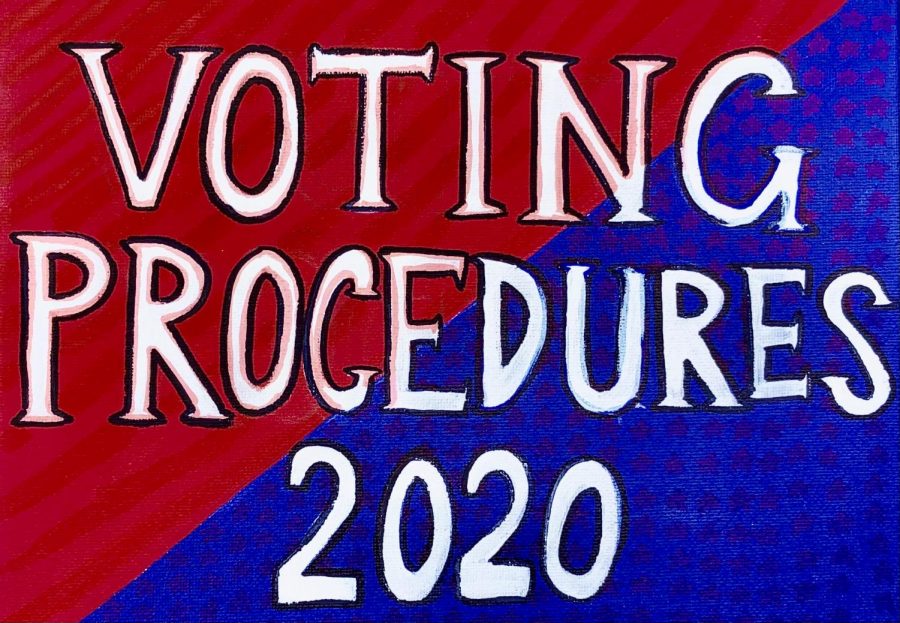 Nov. 3 is Election Day, where registered voters have the power to vote for our next round of leaders, including the President of the U.S. Palm Beach County provides three ways to vote: mail-in voting, early voting, and Election Day voting.

Fla. voters can vote before Election Day on Nov. 3. The early voting period runs from Oct. 19 to Nov. 1, but dates and hours may vary based on where you live. Voters who want to vote early need to provide a valid photo and signature identification. Early voting in Palm Beach County will take place at locations designated by the Supervisor of Elections, from 7 a.m. to 7 p.m. Visit https://www.pbcelections.org/Voters/Early-Voting for a list of all early voting locations in our area.

On Election Day, polls are open from 7 a.m to 7 p.m. Before heading to the polls, make sure you have a valid photo ID with a signature. In Palm Beach County, it’s required to vote at the polling location in your vicinity. You can find your polling location on your voter information card or by visiting https://dos.myflorida.com/elections/for-voters/check-your-voter-status-and-polling-place/.

Salma Kiuhan is an 18-year-old NYU student and Dreyfoos School of the Arts graduate who will be voting in her first presidential election this Nov.

“I feel excited! It’s really liberating to know that I am able to exercise my civic duty and be a small part of a greater whole that’s working towards upholding our democracy and the authenticity of our American values,” Kiuhan said. “I am really eager and enthused, but at the same, it’s also very frustrating to see other people who are able to vote for the first time not as enthused and proactive as I am. I feel like the majority of young people are, which is a great thing. I hope that at the end of the day it’s enough to create an outcome that serves our country’s best interest.”

Although you have to be 18 years of age or older to register to vote, in the state of Fla., teens as young as 16 can pre-register to vote. The deadline to register for an upcoming election is 29 days before that election, but you can update your registration record at any time.

“I pre-registered to vote when I was 16, but I had to go online to request my voter registration card to know my voting location and be able to vote in the Democratic primary in March,” Kiuhan said.

One thing Fla. teens need to consider when pre-registering is where they plan to go to college. When leaving the state, teens need to request an absentee ballot if they want to vote in the Fla. election.

“Going to school in New York, I had the choice to register through my school and have my vote counted in New York for the general election, or request an absentee ballot and have my vote counted in Fla.,” Kiuhan said. “Given Fla. is a swing state, and New York is pretty consistently blue, I decided my vote would be more influential in the tumultuous nature of Fla.’s voting. Truthfully, I tracked my ballot on the Palm Beach County Supervisor of Elections site almost every day in anticipation, and it made it all the more exciting when it came.”

Millions of Americans could cast their ballots by mail this year, and, so far, a record of 22 million people have voted early. As of last Sunday, early voting numbers were seven times what they were in 2016.

“I think it’s important to vote because blatantly put, it’s your civic duty. It’s important because you actively have the power to give input as to what you think is best for this country. At this point, it’s kind of ridiculous to say you didn’t know how, or when to vote,” Kiuhan said.

“There are resources in every aspect of your life. It’s on Snapchat, on Instagram. I get emails; I get texts. I can say with just about 100 percent certainty that it is right in front of you,” Kiuhan said. “Start with vote.org. Find your state, look up your county, look up your Supervisor of Elections. Take five minutes out of your day to fill out some information, and go out and vote.”