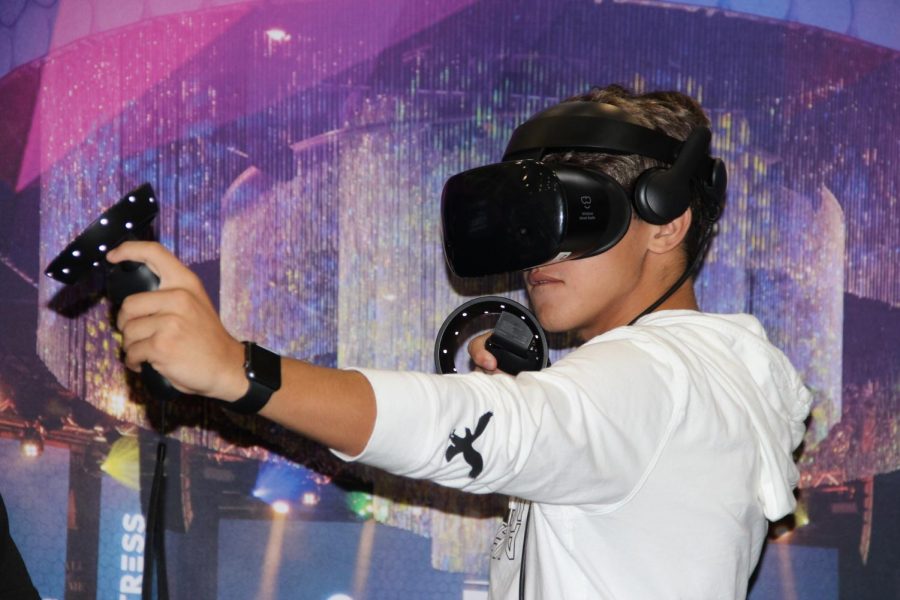 Jupiter High’s Media Specialist, Patti Potts, is creating an Esports club for Jupiter High aimed at students who are interested in gaming.

Esports is short for electronic sports and is a form of competition where gamers square off in teams or individually. Competitions are usually held in a multiplayer setting.

After Full Sail visited other schools in Palm Beach County, the district took notice. Students also took notice and were excited to get involved with Esports. The club welcomes all types of students, regardless of experience with online gaming.

“An interest survey was sent out [for the club], created by the district, and it seems like there is not a type; all different students have expressed interest. About 220 students responded,” Potts said.

The club attracted 2 to 4 teachers to the club with their own expectations for the club, including science teacher Chad King.

“I can’t wait to get started. I have so many ideas and ways to be competitive. I think it is going to be great getting to play other schools and making a team that is competitive and fun at the same time,” King said.

The club not only helps people have fun but also improves gaming and social skills.

“I think this club is another avenue for students to participate in something that they enjoy, and it is also a rapidly growing industry that has made drastic improvements in graphics and gameplay, which makes it fun-filled and super exciting,” Ray Collum, a Jupiter High Assistant Principal, said. “I also think this club will help students with hand-eye coordination, strategy development, problem solving, and socialization.”

While Esports has faced some resistance in it’s road to the mainstream, Collum presents a compelling counter argument to students who are reluctant to try it out.

“Why not try out? Having a blast playing video games and interacting with your peers is a win-win situation,” Collum said. “You never know what doors might open for you in the video game arena. Just last year, a student at JHS won a $5,000 college scholarship for playing video games…how awesome is that? Plus, who would not want to hang with Mrs. Potts in the media center playing video games?”

The Esports club will have a wide variety of games to play and students to hang out with, and best of all, will unite people with a common interest.

“I hope that anyone that enjoys gaming will be interested in the Esports club,” King said. “I think that it is the start of something great! It gives students the opportunity to meet other students that enjoy gaming. It isn’t always easy to talk on the other side of the microphone when you’re gaming. A lot of us are introverts.”