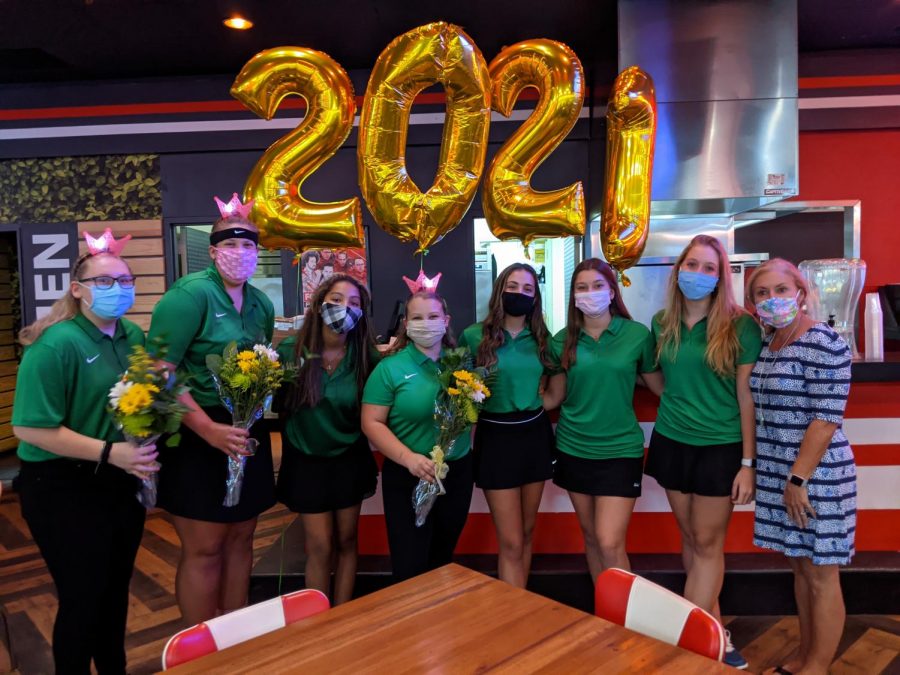 Jupiter High’s bowling team is on a win streak, conquering the COVID-19 setbacks that have hampered their traditional weekly matches.

Although the bowling state championship was cancelled and the season shortened to five matches, the bowlers were dedicated to not only bowling their personal bests but also enjoying an unconventional season.

“The team was sad because they could not go to states, but they have been so positive,” David Anderson, the girls bowling coach, said. “The team is just glad to be back together again.”

This positive attitude is helping the team find success at the lanes, despite not being able to compete in the postseason.

“Instead of having regular matches, districts, and then states, we only play five games this year,” Gabriella Venanzi, senior team captain, said. “So, I wasn’t able to practice over summer or do anything we would be doing.”

At the direction of the coaches and team captains, the bowlers decided to focus on the fun of the game instead of the strict competition.

“It’s different because there is no competition this year,” Ethan Espenship, senior bowler, said. “We’re not really competing for a spot in anything, it’s just mainly to have fun this season.”

One of the biggest obstacles for the Jupiter High bowlers was not being able to practice in the off-season with COVID-19 restrictions in place.

“I practiced all summer by driving up to Stuart and Port St. Lucie because the lanes there were open,” Espenship said.

Espenship was excited for the extra practice, despite the long drives, and he was not the only one making adjustments.

“It’s definitely harder to get more excited in bowling, because you can’t high-five your teammates and stuff like that,” Caden Coffey, junior bowler, said.

To keep spectators and fellow bowlers safe, the teams wear masks during matches, social distance when possible and take additional safety precautions during practices and matches.

“We missed some practices, and we now have to use a mask, but the boys have adjusted well,” Richard Emery, the boys bowling coach, said.

While not being able to come in close contact to celebrate with teammates has posed a challenge, the bowlers have been able to cheer each other on from a distance and have stayed safe through frequent sanitization.

“We all love the sport and the joy of being with the team that makes it fun for everyone,” Anderson said. “We don’t let the pressure get to us and just try to have fun.”