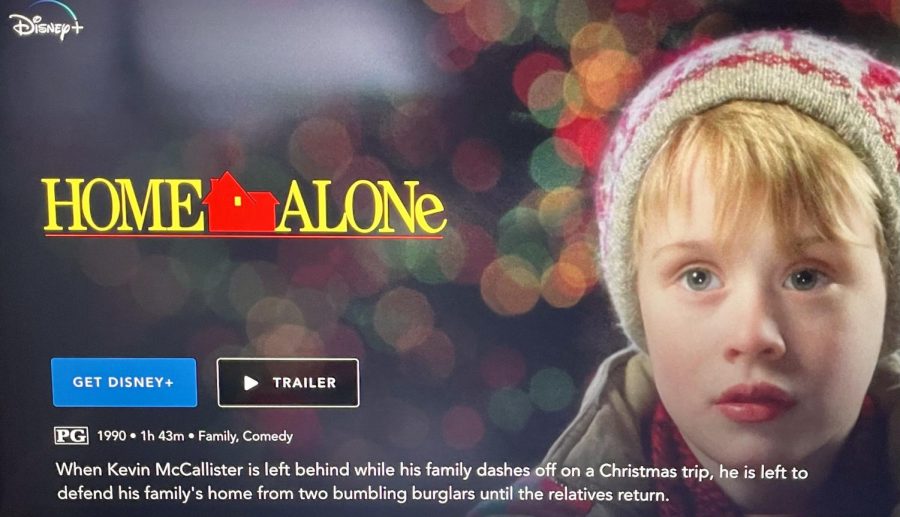 Since the beginning of quarantine, people have been spending more time watching movies than ever before. Now with the winter break from school, holiday movies are back on the rise. With fewer new holiday movies opening this year, there are a number of older ones to revisit.

One very popular pick is “Rudolph the Red-Nosed Reindeer.” It was released in theaters on Dec. 6, 1964 and features an unusual reindeer with a red nose trying to fit in with the other reindeer. It was part of a crowd of stop-motion animated movies in the late 20th century and can now be found on Amazon Video.

Another popular suggestion is “The Polar Express.” Originally released in theaters on Nov. 10, 2004, it has had a loyal following ever since, especially with the star power of Tom Hanks who plays the train’s conductor. The story features a young boy as he encounters a strange train in the middle of the night that will be taking him and several other children to the North Pole for the holidays. The major selling point of this movie is its animation, which is astonishingly impressive for films of the time. Watch “The Polar Express” on AMC+.

“‘The Polar Express,’ definitely,” Collin Fowle, a Jupiter High junior, said when asked about his favorite holiday movie. “My family and I used to watch it every year until my parents got so sick of it that we stopped watching it.”

Movie lovers can’t go wrong with “Home Alone.” Released on Nov. 16, 1990, it was an instant classic. The story follows a young boy who, through a series of unforeseen circumstances, is accidentally left at home while his family takes a holiday vacation. All alone, he is forced to protect his house from two robbers who are outsmarted by their young adversary. The movie became highly popular thanks to its child-friendly, comedic tone and can be streamed on Disney+.

“It’s hard to find a holiday movie that isn’t just cringey to teenagers,” Fowle said. “But ‘Home Alone’ is still as funny today as it was when I was younger.”

The original “Die Hard” is worth revisiting during the holidays. Though the movie technically isn’t holiday-themed, it takes place during Christmas and is considered a holiday movie by fans. The film was released in theaters on July 20, 1988 and follows an NYPD cop on a mission to save a group of people taken hostage by evil terrorists during a Christmas party. Keep in mind this movie is not appropriate for all ages, as it is rated R, but can be streamed on HBO Max.

“Every year, my dad and I watch the ‘Die Hard’ movie,” Dugger says. “We say it’s for the holidays, but it’s actually just an excuse to watch our favorite movie.”

Other holiday movies worth revisiting that feature Hanukkah include “Eight Crazy Nights,” “Full-Court Miracle,” “Crossing Delancey” and “An American Tail.”

“I feel some religions might not be represented as much in modern holiday movies,” Dugger said.