OPINION: Our immigration system is broken 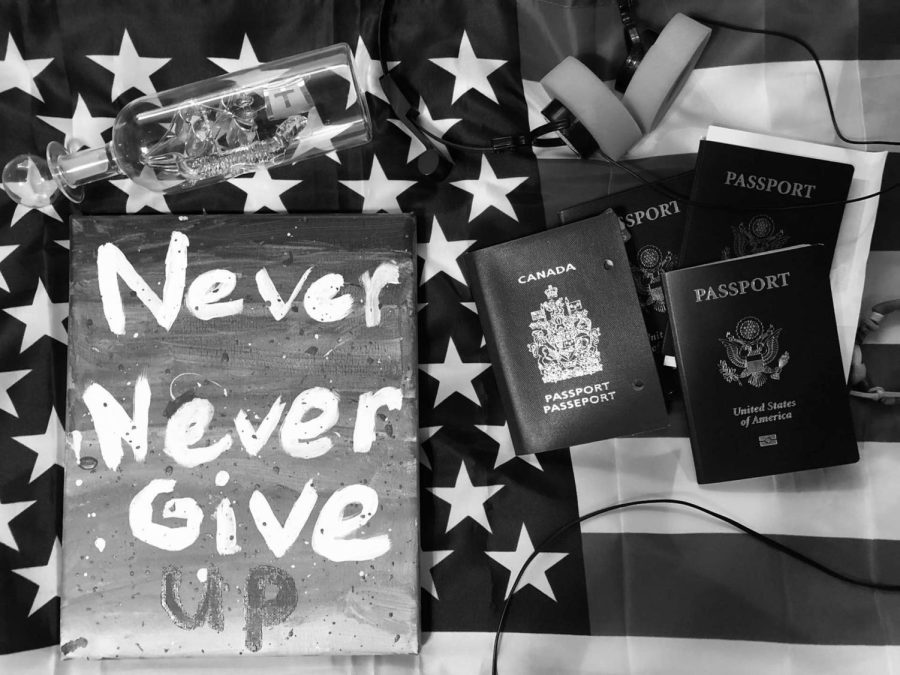 The immigration issue has been a widespread debate in our country for years; however, even with all the constant debate we haven’t been able to solve this problem. There are thousands of factors and opinions that deal with immigration, some are intelligible while others are plainly ignorant.

The topic widely discussed in immigration is the issue with the border. Yet, we fail to recognize the system itself.

My freshman year of high school I made friends with Erynn Simpson, a former Jupiter High student. She had lived in England when she was younger and moved to Florida 12 years ago. Her situation wasn’t as easy as it should’ve been.

When her family decided to move to Fla., their immigration lawyer had them signed up for the wrong visa.

“The lawyer advised us to do the wrong thing. They told us one thing and that one thing made us incapable of getting green cards for the next 12 years of our lives,” Simpson said.

Each time they signed up for a visa they were denied. They would appeal it, which would take three years each time and still no luck.

Her family spent over $100,000 for immigration fees, and on top of that it was $1,000 per person to have a work permit each year. It was hard on her family economically and emotionally.

In Nov. 2019, Simpson’s grandmother passed away during Trump’s presidency. Trump repealed compassionate leave, which left her dad not being able to go to his own mother’s funeral.

When COVID-19 hit, Simpson’s oldest brother was stuck in quarantine in England, alone with his grandpa who has Alzheimer’s. With no way to visit each other, her family was separated from him for two years.

Being an immigrant in the U.S. is a frightening experience. To Simpson, Jupiter was her home. She had moved here when she was five years old and lived there until she was 16. All she knew was the life and friends she had here.

Everyday she was reminded of the fact that she was stuck. She wasn’t allowed to leave the U.S., and with a family that lived in England it was hard to be close with them. Living like this was temporary and saddening.

Between May and June her mom was waiting for her approved work permit to arrive in the mail.

From past events, it seems that people working in the immigration system don’t seem to care. They don’t care about the people’s situation and the work doesn’t get done efficiently.

“Half the time they dont look at our history. Our paper gets put on someone’s desk and depending how their day is going they can just say yes or no,” Simpson said.

Because of this, Simpson’s family was forced to move back to England.

“A week before school started, we sold the house and that was it. I hopped on a plane the next weekend and I was gone.”

The feeling of moving to Simpson was more of a relief than anything else. Living her whole life not knowing when she could stay or when they had to move was stressful. Ultimately, this leads us to the fact that our immigration system needs to be improved.

“We did it the legal way for 12 years and got nothing,” Simpson said.

Simpson’s parents paid taxes and were both working people, but still they didn’t get any rights, like voting.

From having my best friend with me everyday to barely being able to call her has been a despairing change. It is cruel that a great friend and hardworking student, had lived almost her whole life in Fla. and still couldn’t stay. Why is that? How come we can’t figure out a way to let those who proved themselves to be good citizens live in the U.S. freely?

These are all questions that can’t seem to be answered. It feels like the actions that have been taken recently in our country have only made it worse or haven’t changed the issue at all.

Dealing with immigration shouldn’t be deemed unimportant because there are families like the Simpsons who care. They contribute to the U.S. and truthfully it isn’t fair.

The way our country deals with immigration needs tremendous improvements. I believe we can get there. We just need to take responsibility for what we have done and fix it.

Preventing people from freely living here, especially when they do everything a citizen does, is wrong. We need to be a country that loves and welcomes people.