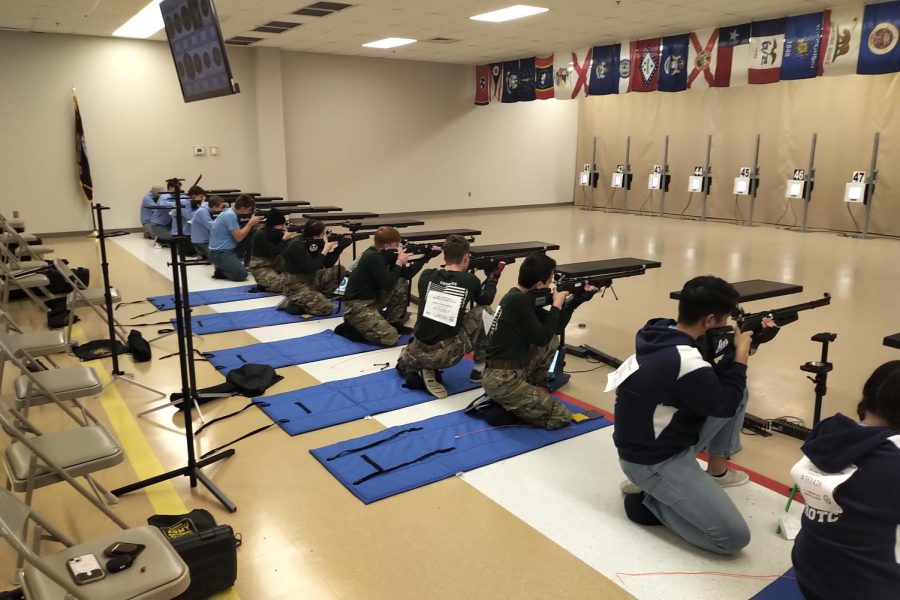 After a series of triumphant air rifle matches by Jupiter High’s JROTC Marksmanship team in the county and state, they have procured enough points to attend the national competition.

Within the various matches, they must shoot a total of thirty shots in three positions: prone, kneeling and standing.

The cadets representing Jupiter High are Hunter Curry, Leslie Diaz, Abigail Blalock, Ryan Jackson and Julian Cunningham. They have been practicing since the beginning of the school year, and are eager to see their hard work pay off.

Over hundreds of teams from across the country will be there, battling for the prestigious honor, though there is tremendous achievement in itself for attending.

“For our first competitions [local and regional] we fought really hard, resulting in our sustained success,” Curry said. “I feel we have the ability to place amongst the top teams.”

Along with victory, there usually comes mixed emotions as teams rise to the top. This group, however, said they feel more enthusiastic than worrisome.

“I’m not really nervous. If we lose, we lose.” Cunningham said. “I’m excited to just compete because we have a really good team this year.”

This will be the group’s first national tournament, and that means traveling out of state, a luxury most teams across the program and sports wish to reach. The team along with the rest of the JROTC program has recently traveled to Washington D.C.

“The last trip we went on we had a ton of fun, so I am excited to see what this competition will bring,” Blalock said.

As these students prepare for next month’s endeavors, make sure to congratulate them on their accomplishment.