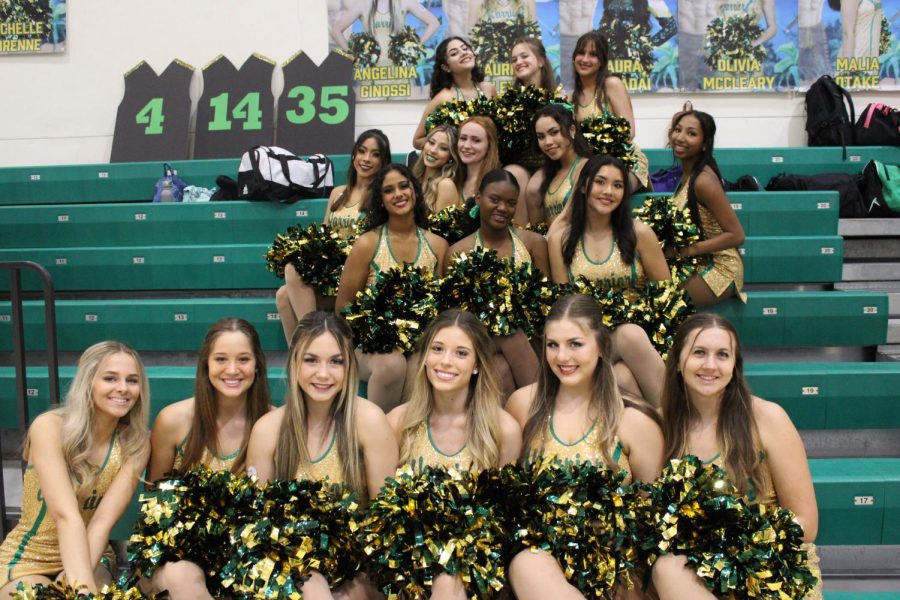 The girls received first place platinum, the top performance award, and a half paid bid to nationals.

“It was an amazing feeling [hearing we won first place] because it was so much work and a lot of team bonding. The success of the outcome was just so overwhelming,” Janette Mendoza, sophomore dancer, said.

Gina Manno, head coach explained how she pushed the girls to do their best so they could exceed at the competition.

“After attending UDA at the ESPN Wide World of Sports and going up against the best, I knew we had to up our game. Majority of the teams as a whole were able to do stylized tricks and were just so in sync, and I wanted that for the girls,”Manno said. “We practiced relentlessly on tricks and our choreography in preparation for the South Florida Sizzler, and it paid off.”

Lauren Klein, senior dancer, described how the team put in the work to make sure their movements and tricks were smoothly performed.

“By taking the critiques from our past performances and putting them towards making ourselves better, we know that our routine was crisp,” Klein said.

Mendoza, along with other girls on the team, has been a lifetime dancer and has dreamed of this opportunity to showcase her talents.

“I’ve always been a dancer, but I’ve always wanted to be a dancer for my school. Performing is just an amazing feeling because of all the energy you get on the floor,” Mendoza said.

Ava Brasher, freshman Green team dance leader, was amazed about the success of their performance and the feeling of winning first place.

“The feeling of winning first place was honestly indescribable,” Brasher said. “It was a feeling of joy and relief along with excitement.”

The competition contained many different styles of dance which made winning even more difficult.

Manno said she’s as proud of watching her dancers grow into amazing people as she is winning first place.

“I used to think the best high you would get was from performing in front of an audience, but since coaching, the best high is achieved when watching your team execute a near-perfect routine and the crowd goes crazy for them,” Manno said. “Watching a product of your coaching success has to be the most rewarding feeling.”