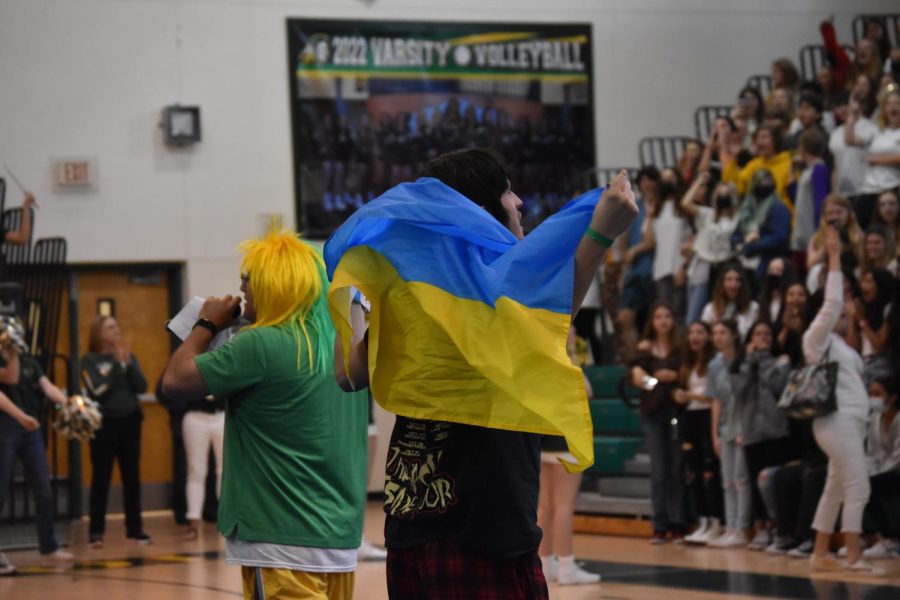 The Ukrainian military bases, airports and cities such as Kyiv, Kharkiv and Odessa are being targeted through invasions and bombings. Putin’s priority is to attack Ukrainian areas that have a large Russian population.

“There are certain areas in Ukraine which are predominantly Russian and are pro Russian, so Putin is going to try to exploit that as a claim to why they are moving in, when in reality they are trying to influence the whole of Ukraine,” Kevin Embick, social studies teacher, said.  “The leadership in Russia feels very strongly that Ukraine should stay in Russia’s fear of influence.”

After the Union’s collapse from the Cold War, Ukraine was a part of the Soviet Union, until it declared its independence.

“Putin, for a variety of reasons, is resurrecting an old school Cold War confrontation where he is trying to reimpose Russian influence… and trying to overthrow the Ukranian government,” Embick said.

Ukraine is not a member of the North Atlantic Treaty Organization (NATO),  an agreement used to guarantee security when necessary. If Ukraine was a member of NATO, the U.S. would be required to get involved.

The U.S. is not using force, but they are sending weapons and supplies to Ukraine and enforcing sanctions on Russia. The sanctions are imposed to weaken the Russian government and isolate them from the global financial system.

The economy will see impacts through these sanctions.

“We will most likely feel the effects of the Russian sanctions through rising gas prices and the availability of products such as fertilizers,” Woeber said.

Since the initial Russian invasion, the Ukrainians seem to be holding their ground.

“The Ukrainians did not simply lie down and allow their government to be removed as Putin expected, and are putting up a significant fight to maintain their independence,” Embick said.

More than 500,000 refugees have fled Ukraine and into the surrounding European countries.

For information on how to support Ukraine, visit https://www.cnbc.com/2022/03/09/heres-a-list-of-top-rated-charities-to-help-the-ukraine-relief-effort.html .