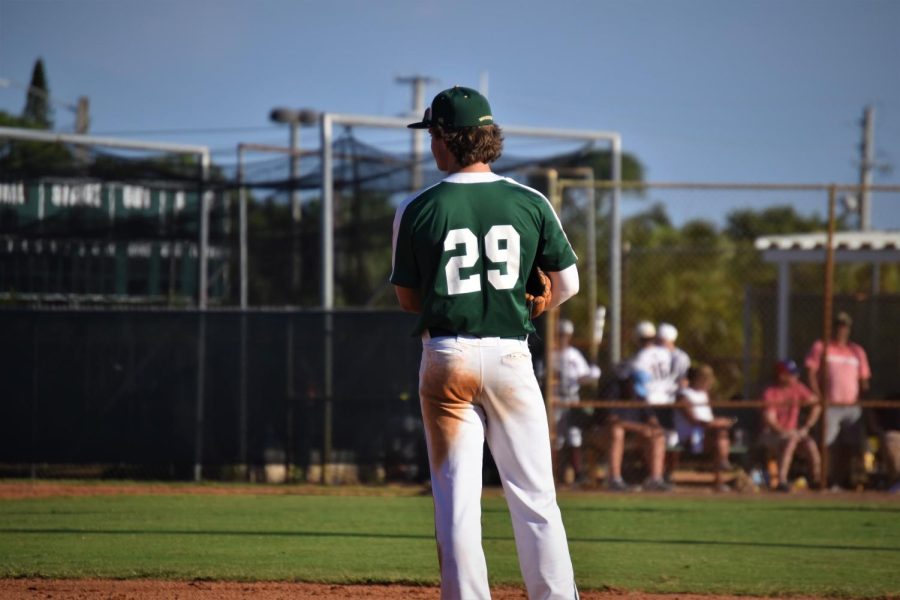 With an impressive 14-5 record this 2021-2022 season, the Jupiter High varsity baseball team continues their season in stride.

Last year, the boys ended their season not where they wished to be. This year they have made a change and it shows with their record and winning attitudes.

“The way we ended the season last year left a rough taste in our mouths, and now we’re almost on a revenge tour,” Elijah Scadina, senior pitcher, said.

The team has collectively adapted to new drills and techniques during practices.

“The big thing is trying to get them mentally focused and make them prepared and be able to buy in because that’s the biggest thing,” Andy Mook, head coach, said. “We have our catchers [and other positions] doing certain drills and then we’re explaining exactly what those drills are going to do for them.”

“Being 14 years old playing against 18 year olds was tough. This year, I’m a little bit bigger and stronger and I have more experience,” Barela said.

Tyler Johnson, junior shortstop, said working with his team has contributed to his improvement.

“[My team] has helped me prepare mentally and physically; I’ve gotten stronger and faster with the game,” Johnson said.

Jaxon Inouye, junior pitcher, has pitched a total of six games this season and has had an amazing outcome so far. Inouye is the team’s ace pitcher this season.

“My coaches have kept me in check making sure I’m healthy and getting my innings in. They put my health first over winning. Hearing my teammates cheer me on in the dugout really motivates me to keep working hard,” Inouye said.

Broc Bronson, junior pitcher, with six consecutive games on the mound, has worked hard to earn his starting spot. Each game Bronson has pitched has been successful and heavily contributed to some of the team’s wins this year.

“Last season I got called up late in the year from [junior varsity] and didn’t get the opportunity to play. This year I have the second most innings on the mound and we are winning, so it is definitely a good season in my eyes,” Bronson said.

With five losses in this season’s record, the team has developed high aspirations for winning the state championship.

“We just have to beat Stoneman Douglas and we’ll be right on our way,” Barela said.

According to Bronson, the team’s skills are not the only thing that is leading the team towards their victories.

“We have been hitting a lot and our pitching staff is doing their job, but what I think is the most important is the bond with all of the players,” Bronson said.

The boys are working through their season together as a team instead of playing individually.

“Honestly, our chemistry has really been keeping us together. We never have any issues and we always have each other’s backs,” Inouye said.