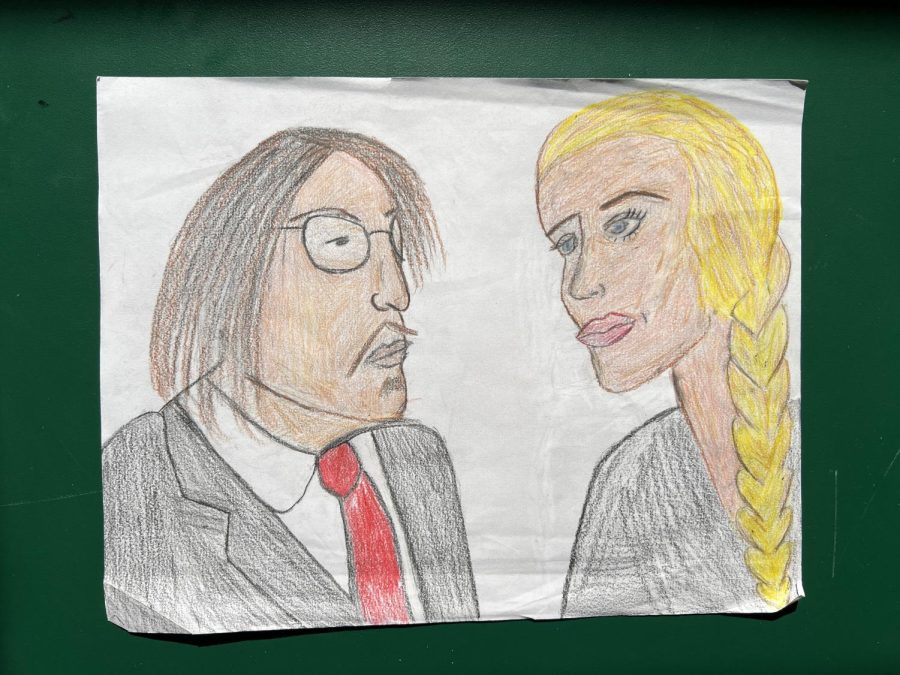 Johnny Depp is currently suing his ex wife, Amber Heard, for defamation due to public statements made accusing Depp of physical and verbal abuse. This was accompanied by an article Heard published in the Washington Post describing her struggle with domestic violence.

Depp is suing Heard for $50 million in damages to his reputation and career, and denies ever being physically violent with Heard. Instead, Depp is claiming he was the one who was actually a victim of domestic violence. In response, Heard is counter suing Depp for $100 million for the alleged abuse that she faced throughout their relationship, and she claims she was only physically violent towards Depp in self-defense for both herself and her younger sister.

Although their marriage only lasted a year, ending in 2016, the damage it has done for both of their careers is extensive.

“The case is important for entertainment history because it will affect their jobs and their futures,” Elizabeth Miles, sophomore, said. “I don’t think it will ever be forgotten.”

At this point, Depp and Heard have made their way to the stands, and are giving the court, as well as the world, their testimonies proclaiming their perspective of their marriage and its violent extremes.

The trial is being live streamed and the media is analyzing all the information that they can, from evidence to testimonies. It has become clear this isn’t just a trial taking place in Fairfax County, Virginia; it is now a trial that is subject to the court of public opinion.

“The public has a lot of influence,” Nicholas Hillberg, sophomore, said.

Many have began to pick apart and analyze the trial on a deeper level, and judgments have been made regarding whether Depp or Heard is at fault, based on sound evidence.

“People can start a lot of rumors and believe fake things about the case,” Miles said. “Public opinion can lead to different pressures on the court to make a certain decision.”

With this case discussing alleged domestic violence on both sides, there has been controversy regarding the topic of such abuse, as well as the common clichés associated with the issue.

“There are a lot of stereotypes with people like these where people tend to believe the guy is the abuser and the girl is completely innocent,” Miles said. “People just assume that the girl would be more caring and not abuse the male.”

In recent years, the issue of domestic violence and abuse has become a very public problem, and stereotypes and gender roles have had a heavy hand in hurting both genders. Now, with the Depp versus Heard trial underway, stereotypical ideas about domestic abuse have also been questioned and challenged.

“Typically women are victims,” Hillberg said. “But in this instance, that may not be the case.”

As accusations are being thrown from both sides, both Depp and Heard are attempting to salvage their careers, waiting for a definite ending to the dispute and a final verdict in the trial.