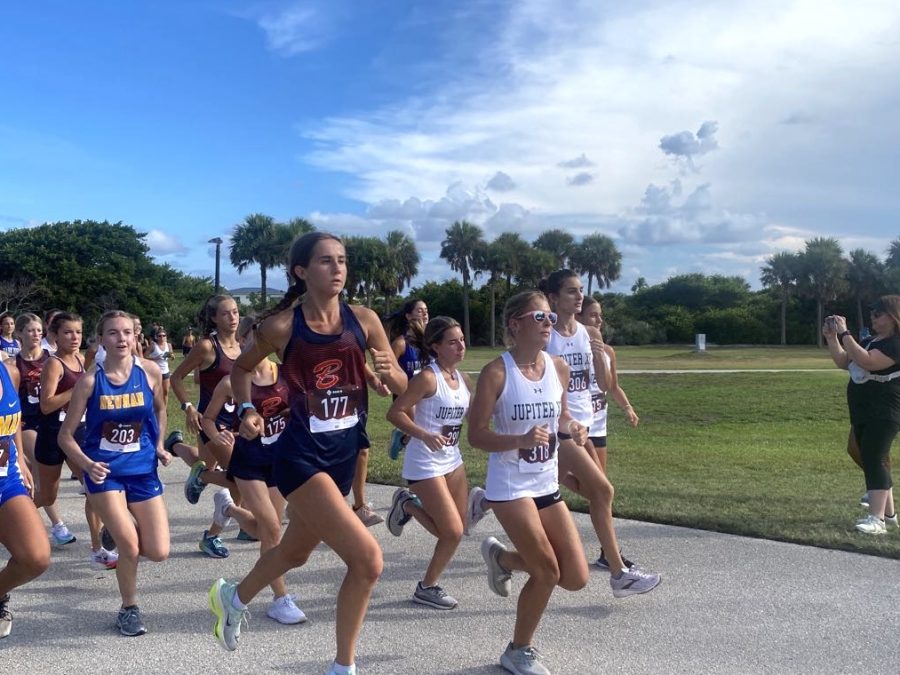 The girls start their season strong being ranked ninth in the region and the boys are eleventh in the region. They are competing to be within the final 10 that advance to the state meet. The teams are making it a priority to help each other grow along the way.

“Everyone needs to run a little faster and closer together [to get to states]. Theo Endrud is ranked 15th individually, [and the] top 15 individuals move on to states, so we are very close to the goal, but most of the season is left,” Helen Jefferson, head coach, said.

Theo Endrud, senior, is having an amazing season winning two of three meets and setting a personal best 5K time of 17:03.

“[This season] has definitely been exciting because right now, I’m running faster than I ever have,” Endrud said.

Jefferson was the boys coach for over 20 years and this is her first year coaching both boys and girls.

“The season is definitely a change for the girls team having Coach Jefferson but we all seem to be adapting quickly,” Toni Contento, junior, said. “I think she truly wants us to succeed and she does her best to help us grow and get better.”

The team has been preparing for this season for over three months.

“Most of the team have been running since June, working on aerobic endurance before the season started. Now, we are adding speed work twice a week to be able to improve our 5K times,” Jefferson said.

According to Endrud, Spanish River and Park Vista are the biggest competitors for the team.

“Florida has plenty of running talent, which can be rough at times. We regularly compete with Spanish River and occasionally have to face powerhouses like Belen Jesuit,” Endrud said. “Despite the stiff competition, I believe we can come out on top if we all push each other. We have lots of great runners and I think depth could be the key to our success.”