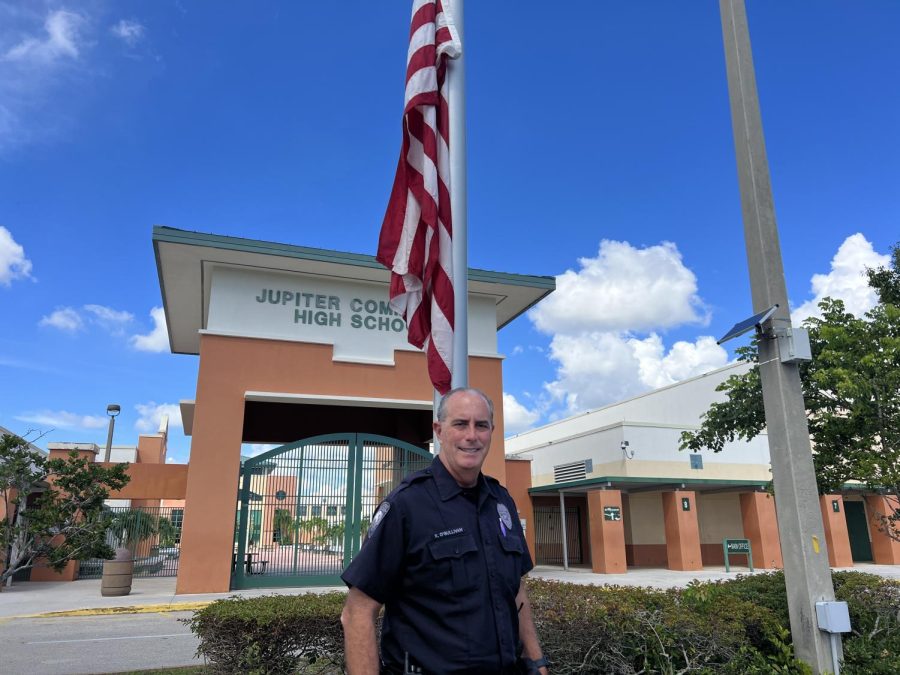 Kevin O’Sullivan, Jupiter High police officer and former New York Police Department lieutenant, was getting ready to leave New York City to come to Fla. when his wife told him a plane had crashed into the World Trade Center. His immediate reaction was to go into work knowing this wasn’t an accident.

The Sept.11 attacks are still remembered for being the most deadly terrorist attack killing up to three thousand people. Even 21 years later, people on the scene continue to suffer from health issues and post traumatic stress disorder.

“Nothing could have prepared [first responders] for this day,” O’Sullivan said. “Until it hits the fan, you don’t know how you are going to react.”

The attacks have left a lasting impact on the United States first responders.

“More police officers have died after 9/11 because of sicknesses and illnesses,” O’Sullivan said.

Candiace Baker, New York Police Department detective during 9/11, developed a chronic cough shortly after being on the scene.

“By 2002 I was experiencing respiratory issues and was diagnosed with asthma, chronic obstructive pulmonary disease, and reactive airways disease,” Baker said.

In addition to continuous physical effects from the day, Baker and O’Sullivan describe what the streets felt and looked like that morning, which they can still picture today.

“It was a scene out of a film. There was broken glass everywhere. There was building debris. There were cars literally turned on their sides,” Baker said.

“Imagine going to an airport and you walk right up to the gate, that’s the way life used to be,” O’Sullivan said.

O’Sullivan arrived at the scene the next morning and explained what it looked like that day.